Tinnitus is described as noise that originates within the ear, affecting one ear or both ears. The sounds can be described as ringing, whistling, buzzing, roaring and hissing. 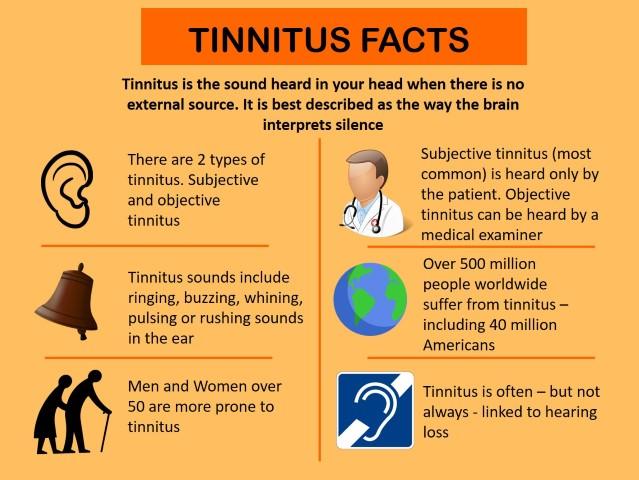 What is the cause of Tinnitus?

Tinnitus is a symptom of a disorder. It is often difficult to determine the cause of your tinnitus. This is very upsetting and frustrating for tinnitus sufferers being told nothing can be done to take away the tinnitus. Many disorders of the ear may cause tinnitus such as an ear infection or a blocked ear. Hearing loss and some medications also cause tinnitus. Trauma and or injury to the ear cause tinnitus. Wax, allergies, fluid in the ear, diabetes, stroke and toxins (alcohol) can cause tinnitus.

Can tinnitus be cured?

The cause of the tinnitus must be determined before it can be treated. When the cause is known, appropriate treatment can lead to improvements of the tinnitus. The only way to stop the tinnitus is to change your mindset-replace the negative emotions associated with the tinnitus signal and train the brain not to perceive the tinnitus signal even though it is still present in the auditory system. This involves tinnitus training. The most encouraging results have come from counseling and sound therapy (adding sound to the environment to drown out the tinnitus).

Some people have tinnitus since they were young while other get tinnitus later in life. Anybody can get tinnitus but it does seem to be more common as you get older. Approximately 17% of the general population have tinnitus.

Tinnitus is not generally serious although it can on occasion. Contact your hearing professional for more information.

Click here to book your appointment with us today!